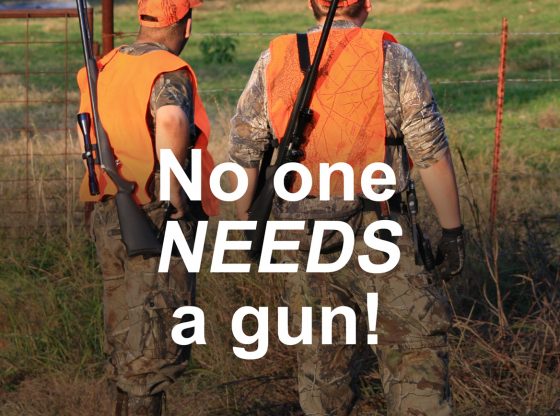 The last few months have seen a lot of ‘in-depth’ and supposedly ‘deep’ coverage about the dangerous individuals who believe that, for example, farmers should be able to own firearms to control the tens of millions feral pests that plague Australian properties. First, Four Corners ran a laughable excuse for a quasi-documentary (click here). Then the ABC tried to blame law-abiding shooters for the Sydney double-homicide where the NSW firearms registry gave handguns to a recognised disqualified violent person (click here).  Just a few days ago, the News Corp Courier-Mail (reputed for excellence in journalism) ran a hit piece against Queensland Firearms Importer Nioa.

The coverage has been fascinating for the ignorance it exhibits.  That ignorance locates itself on two massive misconceptions:

The problem (for anti-gunners) is that numbers of licensed owners are growing faster than the Australian population.  Huge numbers of young people are taking up shooting.  The significant force here is the sheer growing demographic mass of shooters.  The anti-gun losers must be genuinely worried.

We’ve already commented on the ABC’s hilarious coverage here and here.  The Courier-Mail hit piece was more subtle (paywall!), but it was still just so painfully ham-fisted.  Start with the raging title:

People are already falling asleep at a title this long.  Can’t you edit?  Then the first sentence is an intriguing acknowledgement that Howard’s buyback funded some of those gun people you’re about to criticise:

If the buyback helped the people you so clearly disagree with, then why do you go on to champion the gun laws associated with it?  Never mind.  Then proceeds a glowing multi-paragraph recitation of Nioa’s business achievements.  Fulfilling significant Australia Defence contracts.  Building a major factory and employment hub in his regional Qld hometown.

Dear old Alpers gets the odd quote in about “a powerful gun lobby resurgence”.  Port Arthur gets the obligatory two-dozen mentions.  The journalist doesn’t look into demographic trends.  Gee, maybe the number of shooters is growing?

The hit piece concludes that, seemingly because Nioa’s views on firearms are clearly pro-farmer, he is “A man worth keeping an eye on.”  Grow up.  You think people aren’t already watching successful Australian businesses?

When we read coverage that does this bad a job attacking shooters as a group, we wonder if some people at News Corp are secretly pro-gun.  How else can we explain the very flattering coverage of shooting issues that SIFA secured during the Victorian election campaign (click here)?