You said: “Ditch PTAs, legalise suppressors”. Why do these issues matter? 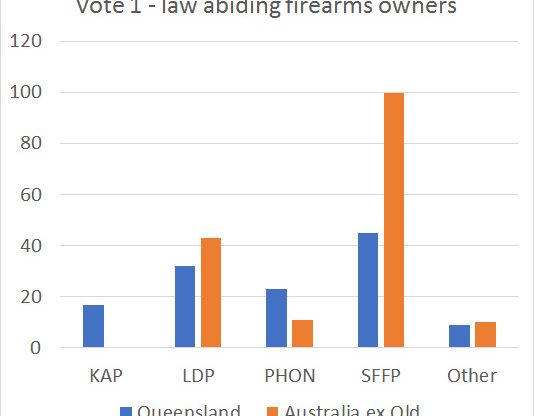 McCrann is dead right that the Liberals/Nationals are under huge pressure. Your vote as a law-abiding firearms owner is critical.

Who will LAFOs vote for?

In last week’s survey, 291 shooters told us about their intended #1 vote, including 126 from Queensland. 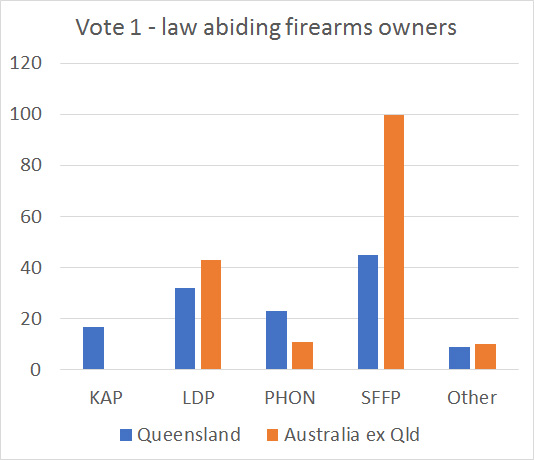 Support for One Nation even within Queensland was surprisingly thin amongst surveyed LAFOs.  Shooters Farmers and Fishers are popular in Queensland, but not half as popular as in other States.

What commitments would most make you consider voting for a major party?

303 LAFOs told us about policies that would most make them consider voting for a major party.  Most popular was removing all limitations on sound suppressors (206 votes).  As we’ve recently explained, the lack of sound suppressors for pest control is causing car accidents.  It also costs us billions in lost agricultural output.

Second most popular (205 votes) was the replacement of the Permit To Acquire system for Category A and B shotguns and rifles.  Realistically, PTAs would be replaced by an instant, electronic verification system for firearms licenses.  This is the logical modern solution for a ridiculous paper system developed over twenty years ago.  (We note that this is One Nation Queensland’s stated policy.)

Other popular positions included the reintroduction of semi-automatic rifles to competition, accompanied by rigorous licensing as is the case for semi-automatic pistols.

Overall, 231 of you agreed that at least one of the two proposals above would make you consider voting for a major party.  Generally, the minor parties are offering a lot more than suppressors and instant PTAs.  We would be wise to help them be in the best position from the upcoming Queensland election to negotiate as much of it as possible into practice.

In the coming days, we’ll send your views expressed in the survey to Queensland officials for some of these parties. We’ll let you know more about how the Queensland State election is shaping up.  It could happen as early as September 2017.

As our survey earlier in the year revealed, huge segments of the shooting community have voted Labor in the last ten years.  If Labor actually changed its tune with firearms owners, they still have room to win in Queensland.  They just have no interest in doing so.  And that’s why there are billboards in Townsville. 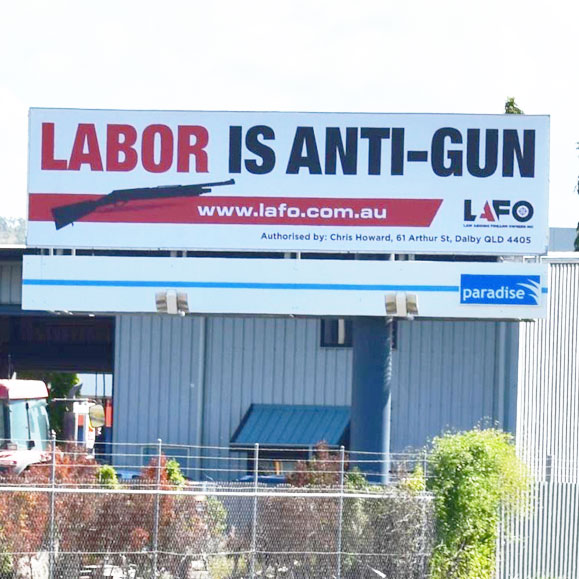 Thanks to everyone who participated in the survey.