Will the Qld LNP stand up to ammunition rationing and the NFA? 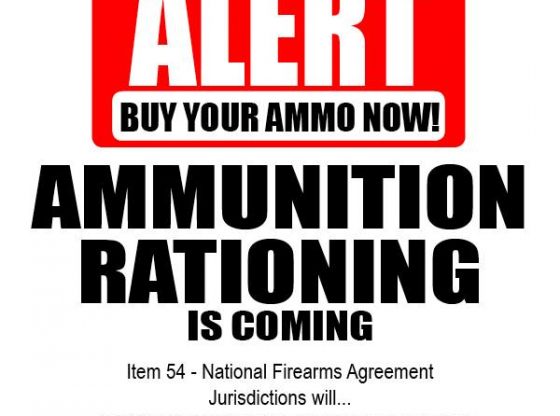 A few weeks ago, we wrote to Queensland Labor Police Minister (Mark Ryan, member for the electorate of Keeping a Low-Profile).  We asked when and how the Queensand Labor Government planned to implement the clauses of the NFA 2017 to track and limit ammunition purchases by law-abiding firearms owners.

Queensland Shooters, Fishers and Farmers and Queensland One Nation effectively said, “Never in a million years.”  One Nation also said:

…the Liberals and Nationals who have allowed (and enacted) the worst of the firearms law changes to take place.

Will the Queensland LNP stand up?

The Opposition Police Ministry spokesman, Tim Mander, didn’t hold back in responding to the challenge:

It’s important to note that the NFA is not a legally binding document and that weapons regulations are controlled by the individual states and their respective laws. […]

We always knew that the NFA wasn’t the law.  But we’re so used to Police and Politicians talking about the NFA as though it’s the law that we were a bit surprised by Mr Mander’s frank acknowledgement that the NFA is little more than a scrap of paper.  Mr Mander continued:

You can be assured that we will be standing up for the rights of law abiding firearm owners in Queensland – the people who do the right thing, with a focus on getting back to basics. That includes issues around PTAs, Category H licensing and unnecessary red tape.

Before bringing forward any changes to the Act or Regulation, we would undertake proper consultation so that state policy is based on expert advice, not emotional rhetoric. We have already stated that we would do this as part of a properly constituted Ministerial Weapons Advisory Panel.

The debate about this issue has been symptomatic of Labor’s handling of weapons licensing issues – no consultation and no respect for the 190,000 law abiding licensed firearm owners in Queensland.

Talk is cheap, but there has actually been some action by the Qld LNP

Mr Mander reminded us of the undeniable.  The Queensland LNP stood up last year to some changes to Queensland’s Weapons Regulations concerning licensed dealers.  Not only did they stand up to them, they disallowed the changes on the floor of the Queensland Parliament.  Queenland’s Gun Police (who are used to getting whatever they want) must’ve had the shock of their lives.  The citation is recorded, mirthlessly though immortally, in the notes to Queensland’s Weapons Regulations (see page numbered 135):

What is the Qld LNP’s ultimate position?

We will be releasing all of our policies in the lead up to the next state election.

We’ve have to wait and see.