Federal By-elections: why would you vote Liberal? We ask ‘Big Trev’ in Longman 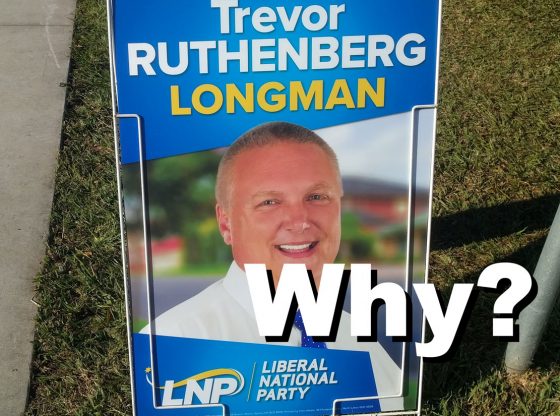 Thanks for talking to us today when you were campaigning on the sidewalk for the upcoming Longman federal by-election where you’re trying to unseat the ALP’s Susan Lamb. Longman has one of the highest rates of firearms licenses in the greater Brisbane area.

That’s why we took the time to raise just two sore points for shooters and farmers.

The victimisation of farmers taking place at the hands of Queensland’s Weapons Licensing Branch. We’ve written about it extensively (start here) and we’ve obtained documents under Queensland’s Right To Information Act outlining their pressure tactics – trying to talk farmers into withdrawing their renewal applications. Farmers dealing with feral pests in remote areas who have safely owned pistols are being pressured to turn them in.

Queensland’s LNP stabbed shooters in the back by not opposing Labor’s reclassification of lever-action shotguns. If the LNP had joined Katter and One Nation, the motion to defeat this silly proposal would’ve collapsed.

You said plenty of things this morning that made complete sense. You said regulations should be crafted to deal with bad behaviour, instead of victimising particular items or people without reference to their behaviour.

We agree with you. But we don’t see the LNP delivering on that for a growing number of licensed shooters (there are about 200,000 in Queensland). While the two issues above are ‘State issues’, you are a former State MP and well-connected in the LNP, so it made sense to raise these with you as indicative of the overall disappointment shooters have with the LNP.

We also know that One Nation took about 24% of first preference votes in Morayfield at the State election in November last year (ahead of the LNP). You are in the middle of a stiff, three-cornered contest for Longman. You’re a nice guy, but why should farmers and shooters vote for ‘Big Trev’ in Longman?

Yours faithfully,
[Signed]
For LAFO Inc

(Edit, 6 June 2018 8.11PM: the paragraph concerning ‘licenses per 100 electors‘ previously read ‘licenses per elector‘.  We’ve corrected with Trevor the hurried mistake we made this morning in describing the number of licensed persons in electorates.)