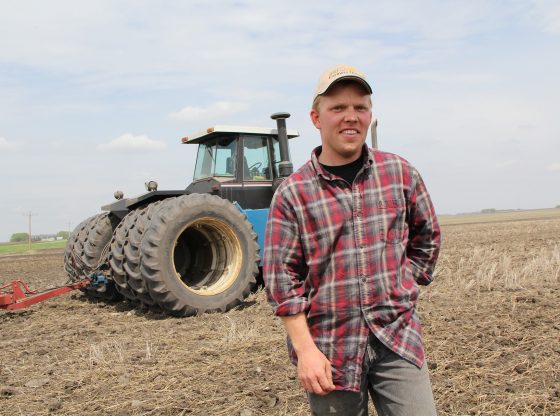 LAFO Inc. commissioned a public opinion survey among voters in regional Queensland (focusing on the Townsville region) on the topic of gun controls.

The primary objective of the survey was to measure public attitudes towards current gun licensing laws, and to gauge public opinion about the State Government’s priorities in relation to the policing of guns.

The survey was conducted by independent market research firm The Sexton Marketing Group.

A total of 450 Queensland voters (eligible to vote in Queensland State elections) were interviewed by telephone.

The sample was selected from the following State electorates:

2.2    The statistical margin of error when generalising the results to the broader population in the Townsville region

Given that the three State electorates included in the survey are all geographically adjacent to each other, the main results of interest are the results for the total sample of 450 voters, which has an associated error margin of ±4.7% at a 95% level of confidence. This means that any sample percentage reported in the results can be assumed with 95% confidence to be within ±4.7% of the broader population result.

A combination of landline calls, mobile phone calls and the use of online panels was used to obtain a representative sample.

A standard questionnaire was used to administer each interview.

Participation in the survey was voluntary, and based on random selection of households.

The survey conformed to:

A random sample poll of 450 voters in the State electorates of Mundingburra, Thuringowa and Townsville (150 in each electorate) was conducted in the week ending March 17, 2017.

The poll also shows that voters in these three seats feel strongly enough about any further restrictions on gun owners’ rights to register a protest vote in all three seats against the ALP, in sufficient numbers for the seats to all change hands.

With more than 50% of poll respondents either owning a firearm, or having a family member or friend who owns a firearm, the issue of gun controls is a broad-reaching issue in the Townsville region.

A total of 20% of Labor voters in the Townsville region who own a firearm (or have family or friends who own a firearm) indicated in this poll that they would shift their primary vote from Labor to another Party as a protest vote against harsher gun laws affecting licensed gun owners.

A combined loss of primary votes and preferences by the Labor Party is sufficient to cause Labor to lose all three Townsville seats, on this issue alone.

This poll also shows that Townsville region voters are ready to lodge a protest vote against the State Labor Government based on the Government “not listening to the people in the Townsville region” (across a range of topics affecting the local area).

The poll also shows that 74% of voters in the Townsville region, whether they have an affinity with firearms or not, believe that gun owners have the right to be listened to by the State Government when guns laws are reviewed.

Given that 67% of voters in the Townsville region believe that Queenslanders should have the right to own a gun (17% say no, 16% are neutral about this), but 74% believe gun owners have a right to be listened to, there is strong support in the local community for:

The overall takeout from this poll is that there is a significant proportion of voters (at least 50%) in the Townsville region who have an affinity with guns, and who are prepared to vote with their feet to register a protest vote against any State Government proposal to make life harder for them.

With swings away from the Labor Party in all three Townsville region seats already evident in this latest poll, further swings on the issue of gun controls could easily see the loss of these seats for the Labor Party.

The State-wide primary vote and 2PP results from the January 2015 State election and a recent Galaxy poll (8 – 9 February 2017) show the following State-wide swings:

The results for this question were:

This is an overall perception, relating to the general concerns that Townsville region voters have about a range of local issues going unaddressed.

4.3    Support for the State Labor Party is soft and could easily fall if the State Government is not across issues that matter to Labor voters.

The survey identified that:

4.4    There is strong public support in the Townsville region for shooters’ rights.

4.5    Shooters’ rights are strongly supported by both shooters and non-shooters

This suggests that a “shooters’ rights” campaign against tighter gun controls would have broad-ranging support in the Townsville region.

4.6    Townsville region voters believe that the problem of illegal gun use is best dealt with by tackling offenders and suspects, not licensed gun owners.

Out of the five strategies to deal with illegal gun use:

Overall, Townsville voters believe that a 3-pronged strategy will be effective:

There is a clear recognition in these results that tougher laws (affecting all gun owners) will do little to influence those who do not respect the law.

The strategy that voters believe will work best is to cast a broader “surveillance and search” net involving Customs and police, to target law breakers.

There is a call for more police and Customs resources (or at least a shift in priorities or strategy), without further restrictions on the law-abiding majority.

These results suggest that the public would be concerned if Customs and the police were under-resourced to deal with the problem of illegal gun use, due to limited available resources being used to police licensed gun owners instead of pursuing criminals.

4.7    The survey shows strong support for the rights of gun owners, with zero-tolerance for trouble-makers who break the law.

Three important observations about these results:

4.8    There is wide-ranging opposition in the Townsville region population to applying greater restrictions or more policing to licensed gun owners.

The overall sample results were:

In the overall sample, the strongest opposition is to:

Two important observations here are that:

Labor voters show a sufficient level of concern about these issues to suggest that at least some would respond to a call to action to change their vote on these issues:

A significant proportion of Labor voters with an affinity for guns oppose further restrictions.

A significant proportion of Labor voters with no affinity for guns oppose lack of stronger action by the State Government on illegal guns, bikies and criminals while taking the easy option of ramping up compliance rules for licensed gun owners.

4.9    Is the idea of further restrictions on gun ownership in Queensland a vote changer for the next Queensland State election?

This is a total of 37% of Labor voters who potentially could change their vote away from Labor if gun laws were made more restrictive in Queensland.

The result is stronger among Labor voters with an affinity for guns:

These results show a strong potential for the issue of new gun restrictions on licensed gun owns to affect preference flows, with strong evidence in the research findings that Labor could lose substantial preference flows on this issue.

The current poll suggests that only 44% of minor Party voters at the most would direct their preferences to Labor if Labor ran a campaign that included a restriction of gun owners’ current rights (while doing nothing about bikies and criminals).

The Labor Party needs at least 47% of minor Party preferences, with no loss of primary votes on the issue of guns, in order to hold these three Townsville seats.

The overall sample results were:

There is overwhelming support for the State Government getting its priorities right on this issue, and not restricting the rights of the majority as a strategy to capture those operating outside of the law.

4.12 The interest in guns , or association with people who own guns, is very high in the Townsville region.

This means that issues affecting gun owners and affecting those who have friends / family with guns will be relevant to at least 50% of the population in the Townsville region.

What does the Minister have to say about ammunition rationing?
Why do the Gun Police love hearing damage?