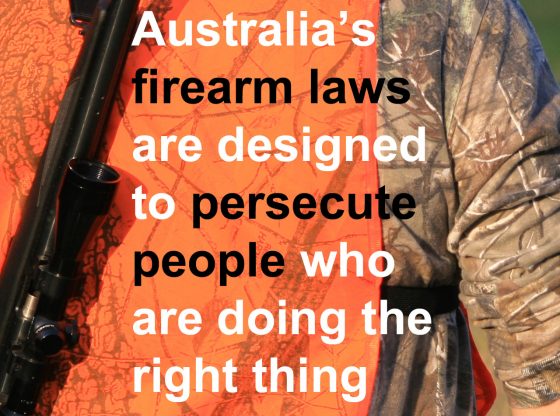 The situation has deteriorated since our email to you of 15 January 2021.  You haven’t responded to us, but four key events have taken place:
1. A constituent was turned away from Caboolture Police station with the brush-off that they aren’t affected by the email leak,
2. Caboolture Superintendent Hallam emailed frontline QPS staff about how to send bulk emails safely, following the email leak,
3. Queensland Police Service committed, in writing, to continuing to send these leaky bulk emails by copying and pasting from spreadsheets into MS Outlook, rather than recognising that the leaks were totally foreseeable and could be solved with simple corporate solutions (like a corporate version of MailChimp),
4. A license holder whose firearms and storage were inspected within the last year (firearms holdings and license unchanged) was warned by a QPS Inspector from Caboolture to expect police inspecting his house mandatorily without reservation.

Each event raises its own disturbing set of questions.

Many people in the region were affected by the email leak.  We’ve already sent you some examples of how individuals were identified to their home address because of the leaked email addresses.  At least one licensee went to the front desk of Caboolture Police station to ask whether he was affected.  When we sent you this specific case (on 19 January), we were contacted by a local Sergeant (to the credit of QPS).

Sergeant was the first decent and forthright person to contact us.  However, the Sergeant’s story was that uniformed police only found out about the mass leak through station gossip.  He wasn’t surprised people were turned away at the front desk.  Does this outcome bother you at all?

2. Superintendent Hallam lectures Caboolture Police about sending emails
It seems like some QPS middle management want to paper it over.
Caboolture Superintendent Hallam offered a very half-hearted apology to shooter’s whose details had been leaked by his own staff.  We are informed by the friendly Sergeant that the Super sent an email reminding all staff to use BCC instead of TO for bulk emails.  We’ll get a copy of that gem soon enough through the Right To Information Act.  Also, of all the emails he’s been sharing internally on the subject.

This doesn’t address the systemic risk we identified in our last correspondence to you.  Copying and pasting mass email addresses is very risky.  There are safe corporate ways to send bulk emails.  QPS aren’t doing it.  Can you make them stop this?

3. QPS will keep copying and pasting bulk emails
The friendly Sergeant made enquiries and wrote back to us to commit that QPS would keep sending bulk emails this way.  Words fail us at this point.
What has to happen for this practice to stop?  Do some of your constituents have to be murdered by bikies and their firearms stolen and sold on the black market?  Would the Coronial Findings make QPS and your office commit to changing this insane practice?

4. “Mandatory” entry to your constituents’ homes
A pistol shooter received the QPS email about storage requirements.  It was headed “Weapons Audit”.  He had his storage and firearms inspected less than 12 months ago. His address, license and firearms holdings haven’t changed in more than 12 months.

After asking why he received the “Weapons Audit” email, he was emailed by Caboolture Police Inspector Lee Jeffries and told that police entry, if desired, to his home was “mandatory” and that he would be reported to Weapons Licensing branch for suggesting another inspection within 12 months was unnecessary.  Why this approach?

The idea that no matter how recently you have been inspected, Police have the unilateral power to enter your home without any sort of cause, is a dangerous and unfounded one.  All the QPS puff about partnering with the community doesn’t really wash if you’re saying you can enter our lounge rooms any time you like.  When we’ve been heavily vetted and almost universally have stable careers and households, that sort of attitude is quite understandably viewed as abject rudeness.

If you want Inspector Lee Jeffries to keep making what seem like implied threats to enter their homes without a warrant or any notice, then you need do nothing. QPS can keep taking ordinary licensees within your electorate and telling them this is what will happen to them.  This can all happen from the same police station that turns away concerned licensees who may be affected by privacy breaches caused by that very station.  Such convenience!

The events numbered 1 to 4 above are serious and merit immediate action.  They are also documented – in most cases (save for the front desk enquiry) the police having sent emails!  We are happy to provide copies to your office on request.

As the responsible minister, we’d love it if you took action on what are prima facie serious administrative defects in QPS.