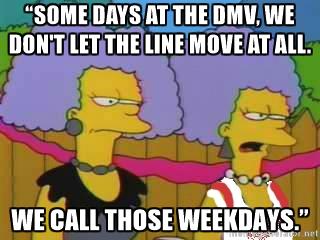 Are replica silencers category R weapons or are they regulated in any way?

A former QPS Inspector makes commemorative plaques that include cut up suppressors for people to hang on their wall (see Margarry).  We asked a simple question about the categorisation of replica suppressors under the Weapons Act 1990 (Qld):

Is a replica silencer (or replica sound suppressor) that is completely incapable of being used, for example because it has a solid block of steel inside it through which a projectile could never pass, a category R weapon?  Would such a replicabe restricted or regulated in any way by the Weapons Act 1990?  As far as I can tell, the answer is ‘no’.  Do you agree?

Given that these things are being bought and sold and hung on walls we thought it was a pretty reasonable question. Weapons Licensing wrote:

Weapons Licensing does not provide legal advice and it is recommended you seek independent legal advice in relation to your inquiry.

We’ve seen many instances where WLB provide advice to the public about the classification of particular weapons. Most regulators consider it good public administration to explain to the public how the Act they administer applies to a person’s circumstances.  Like Patty and Selma, WLB just don’t care.

A different enquiry about real suppressors = ‘No’

Real suppressors would be a boon for the hearing protection of shooters.  WLB answered in these unequivocal terms:

As silencers are classified as Category R Weapons in the Weapons Categories Regulation 1997, no licences or permits are issued for their use in recreational or sporting use.

Which reinforces our point that the Queensland Gun Police hate hearing protection, even though they have the power to issue exemptions for their use.