Qld MPs will remember how much $$ they lost

Home /Featured, National Firearms Agreement 2017, Politics/Qld MPs will remember how much $$ they lost 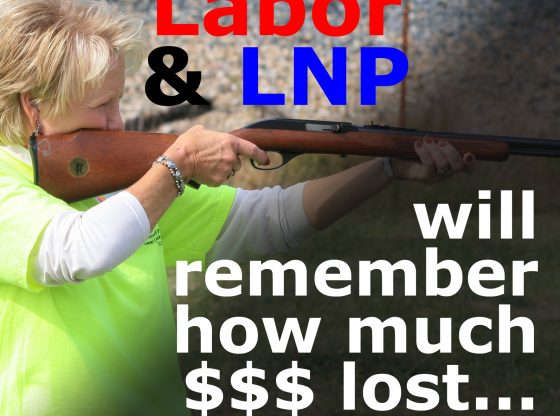 A range of regional, farming and shooting issues came to force a particularly hard campaign in the Queensland election.  Law-abiding firearm owners, including many farmers, were deeply angry about the tightening persecution of them. Key issues for Queensland shooters and farmers included:

This madness was a joint effort by Queensland’s Weapons Licensing (whose leaders internally exhibit disdain for firearms dealers and users, as documents obtained reveal) and the Queensland Labor Government.  Shooters, farmers and regional voters were deeply disappointed by the total failure of Tim Nicholls as LNP opposition leader to stand up and oppose the madness emanating from a green-left-dominated Labor government. 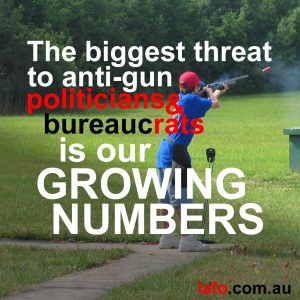 In the two months leading up to Queensland’s 25 November 2017 election, Robbie Katter MP moved to reinstate primary producers’ access to short firearms for dealing with feral pests and sick livestock.  Similarly, he stood with One Nation’s Steve Dickson to overturn the ban of lever-action shotguns with a capacity over 5 rounds under the new National Firearms Agreement.  Both motions were blocked by the Queensland LNP, ineptly led by Tim Nicholls.  LNP had a chance to stand up for shooters and farmers and, despite making favourable noises over the previous twelve months, they flushed that chance down the toilet at the first opportunity.

Shooters Union of Australia took a strong position in social media in support of Katter and One Nation and erected a handful of billboards in support of pro-firearms candidates.  Pauline Hanson herself turned up to have a shoot at a range in front of the cameras in the weeks leading up to Queensland’s election.

Many shooters volunteered to help candidates they knew and supported by handing out how to vote cards on election day.  Shooters Union alone organised numerous volunteers for selected pro-firearms candidates.

As we near the final count of the ‘too close to call’ seats, we know that One Nation may come back to Queensland’s Parliament with a single seat and Katter may come back with 3 (which is one new seat).  This is 33% more representatives than shooters had previously.  But don’t forget the funding dimension, which has punished Labor and the LNP through a massive surge of first preference votes to Katter and One Nation.

Police Minister Mark Ryan holds the safe Labor seat of Morayfield.  In 2015, he got 51% of the first pref vote and LNP got 33%.  This time, Ryan got 46%, One Nation’s Rodney Hansen got 25% and the LNP got 20%.  This represents a staggering shift in electoral funding away from the major parties and towards One Nation.

Will Qld Labor’s lever-action re-categorisation make you a paperwork criminal?
Federal officer sits on Tas Committee to ban Australian-made WFA1 rifle but the documents have vanished