“Even if they are legally registered, they can’t all be owned by sporting shooters, I’m afraid.”

Home /Featured, Politics/“Even if they are legally registered, they can’t all be owned by sporting shooters, I’m afraid.” 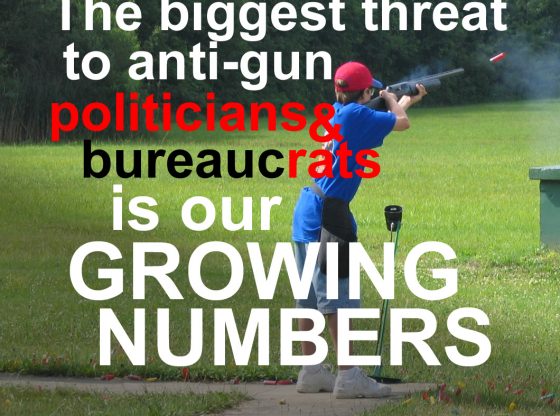 Law-abiding firearm owners around Queensland yesterday read with dismay the comments attributed to you by the Gold Coast Bulletin.  In relation to the strong growth of licensed shooters on the Gold Coast, the Bulletin reported in a front page article:

LNP member for Surfers Paradise John-Paul Langbroek said the figures were concerning.
“An increase in registered firearms means you are going to see more (gun) violence perpetrated across the community,” he said.
“Even if they are legally registered, they can’t all be owned by sporting shooters, I’m afraid.”

The Bulletin is well known for its strongly-worded articles attacking the more than 150,000 licensed firearms owners who collectively are responsible for almost no crime at all.  We write to ask whether the comments attributed to you were accurately reported within context or whether you have been misquoted or misconstrued.  Did you really say that legally registered firearms can’t all be owned by sporting shooters?  The addition of “I’m afraid” at the end of the quote reads as though you’re suggesting some of these licensed, police-vetted shooters are not only not sporting shooters but are additionally criminals or criminals-in-waiting.

The LNP didn’t lose the election just six weeks ago for no reason.  It lost precisely because the LNP has taken positions that alienate hundreds of thousands of voters outside the South East corner.  We can only guess that these positions were taken so the LNP can cling on to a handful of South East corner seats likes your’s and Mr Nicholl’s.  These positions include:
1. The last-minute abandonment of what would’ve been an LNP-backed parliamentary disallowance of the regulations to ban lever-action shotguns, and
2. The failure of the LNP to support Robbie Katter’s motion to return access to firearms (as tools of trade) to hundreds of Queensland farmers.
It is at present very easy for a member like you to take an anti-firearms position.  On data available to us, your seat has a lower rate of firearms licenses.  No One Nation or Katter candidates ran against you.  Your luck was not shared by many LNP candidates who ran in seats with higher rates of licensed firearms ownership.
If we look at examples like the seats of Thuringowa and Mundingburra, we see that the LNP, KAP and ONP took a combined 57% of first preferences votes in both seats.  It was possible, with the right policies and campaign, to ensure these seats were not delivered to the ALP.  Yet the ALP won those seats.  There are countless other seats in which the LNP polled very weakly (such as Lockyer, where it just hung on), its vote drained by its rejection of farmers and law-abiding firearms owners.  The drain on first preference votes is also, we imagine, draining your electoral funding to some extent.
There are many factors that enter into an election campaign, but the LNP is losing many first preference votes than it is gaining by vilifying one of the lowest-crime segments of the community.
How can the Federal Coalition expect to gain (or even retain) seats in the 2018/19 federal election, on a combined federal-State betrayal of so many people who would be their natural base?
Yours faithfully,
[Signed]
for Law-Abiding Firearm Owners Inc
CC Mrs Frecklington, Leader of the Opposition
Federal officer sits on Tas Committee to ban Australian-made WFA1 rifle but the documents have vanished
TasPol can’t give reasons, documents about Aussie rifle ban. Can Police Minister help or is he hiding?